Mt. Beautiful’s CEO Robert Watkins believes that when his team members dovetail their personal interests with opportunities to share Mt. Beautiful wines, it’s a “win” for everyone and brings life to the brand.

Motorcycling is one of Robert’s many interests dating back to his teenage years when he'd catch trails between friends’ houses on his Yamaha YZ250 or traverse logging roads and train tracks in Colden, New York.

He eventually moved into riding road bikes in the D.C. area until the mid-90s and after a break motorcycling found him again in 2012. He's since enjoyed exploring roads around the North Bay and Tahoe regions of California on his Triumph Tiger, and just recently acquired a Kawasaki KLR650 for on/off road adventures.

With a growing interest in dual sport riding, it was a no brainer to seize the opportunity to sponsor Seattle based Backcountry Discovery Routes (BDR). BDR is a 501(c)(4) non-profit organization whose mission is to establish and preserve off-highway routes for dual-sport and adventure motorcycle travel. They work with land managers, state tourism departments and rural communities to keep backcountry roads accessible to motorcyclists.

Its organizers and contingent of members consist of dual sport and outdoors enthusiasts who are passionate about BDR's mission. Many of its supporters are active players in the motorcycle industry and represent familiar brands.

Some examples include CEO Paul Guillen of Touratech-USA, founder Eric Hougen of Wolfman Luggage and founders Jeff Anderson and Curtis Cummings of Great Southwest Moto Adventures to name a few. 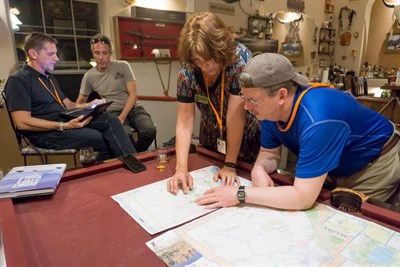 They also receive support outside the motorcycle industry from individuals who have identified ways they can positively contribute on some level.  One example is the support BDR receives in regards to its branding and marketing from Tim James, the throttle happy founder of a long standing creative agency called James Howard based in Clifton, New Jersey.

Robert identified the opportunity to share a sensory experience with BDR supporters; tasty estate grown wines from New Zealand! In addition to offering a year-round discount for BDR supporters on direct wine purchases from its website, Mt. Beautiful was the exclusive wine sponsor for the Backcountry Discovery Routes’ fourth annual fundraiser held in the Mojave Desert this May.

Needless to say the support was well received and Mt. Beautiful's wines brought a flavorful element to the weekend (after helmets were hung up). 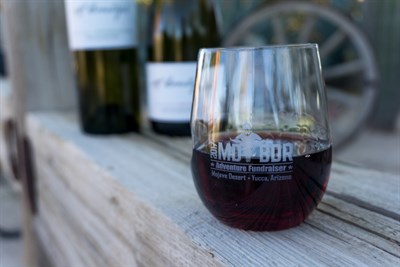 The event kicked off on a Thursday evening at the colorful Stagecoach Ranch Inn in Yucca Arizona. Approximately 47 BDR supporters and their adventure bikes arrived to the ranch and became fast friends while breaking bread, enjoying beverages and engaging in discussions about which off road tracks to explore in the coming days and how they can better band together in supporting the BDR mission. 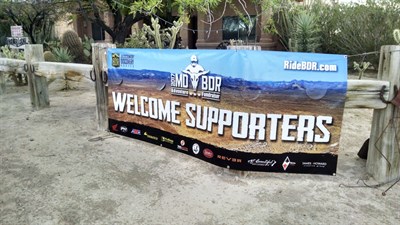 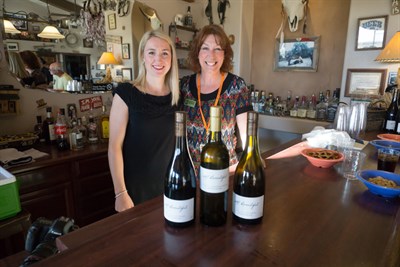 Mt. Beautiful’s Marketing Manager, Suzanna Mannion, shares Robert’s passion for dual sport riding and was eager to be included in BDR’s annual fundraiser event. Both having not ridden much dirt in recent times opted for the easier ride routes which offered plenty of beautiful desert vistas along the way (and a very challenging sand crossing).

We're pleased to report that the journey was uneventful and everyone came back in one piece with big smiles and new friendships.

To learn more about BDR's mission and how you can support them visit their website here. View more photos from this event here. 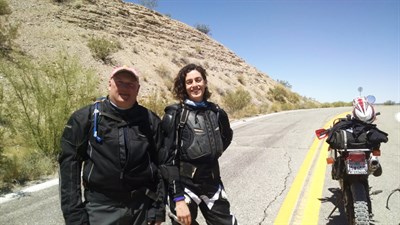 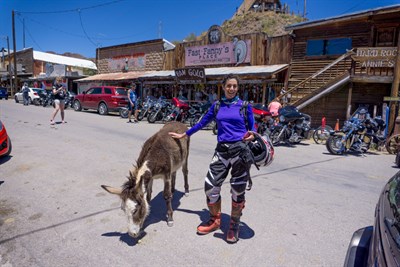