“We’re excited to have Jarred on our team. His international winemaking experience is attractive to us, as well as his ability to operate efficiently while upholding a keen interest in producing wines of uncompromising quality” says Robert Watkins, CEO of Mt. Beautiful, Teece Family Vineyards and Farms. “Firm and concentrated, with blackberry and blueberry flavors that mingle with muscular tannins, black tea notes and a thread of minerality that adds a savory element. Fresh herb details emerge on the finish. Drink now through 2025. 2,247 cases made.” 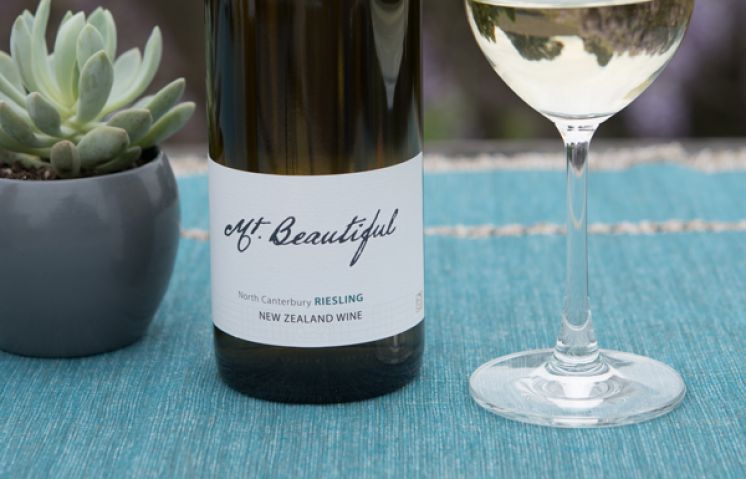 Our 2016 Mt. Beautiful Riesling was the only wine from New Zealand featured under Denman's short list of Recently Tasted Winning Whites!

Here are a couple reviews by Sam Kim of Wine Orbit on two recently released vintages!

2017 Mt. Beautiful Pinot Noir
94 points, 5 stars
It is gorgeously fruited and expressed on the nose showing dark cherry, spiced plum, floral and almond characters with hints of game and mushroom. The palate is concentrated and refined, displaying lovely fruit purity together with subtle savoury nuances, beautifully framed by polished tannins. Wonderfully composed and styled. At its best: now to 2025. $32.00. www.mtbeautiful.co.nz. Dec 2018. H is also the Co-Founder, Chairman and Principal Executive Officer at Berkeley Research Group, which he co-founded in 2010.

Click HERE to link to the full interview with Jake Millar: "The elite scholar-entrepreneur; competitive advantages at the intersection of academia and business"

This North Canterbury native joined the Mt. Beautiful team in February 2019 bringing 20+ years’ experience in winemaking. Other regions he’s worked in include Pfalz, Oregon, Marlborough, Hawkes Bay, Waiheke Island and Central Otago, Mornington Peninsula, Tasmania, Victoria and Western Australia and Languedoc. He’s produced wine for Quartz Reef, Stonyridge, Jacques Lurton and Plantagenet. Outside the wine world Jarred worked as a Stationhand on cattle stations in the Kimberley and Pilbara regions of Northwest Australia cattle mustering on horse and by piloting a helicopter. Some of Jarred’s personal and professional accomplishments include making gold medal winning Pinot Noir and Chardonnay from fruit grown in Waikato (a region more renowned for dairying, considered too fertile and wet to produce quality grapes), climbing a 6000m peak in Ladakh, Indian Himalayas in 2016, and walking the length of the South Island (1300km) on the Te Araroa trail in 2017/18. When he’s not in the cellar or surveying the vineyards with Fin, you might find him fishing, hunting, engaging in water sports or traveling to remote places.