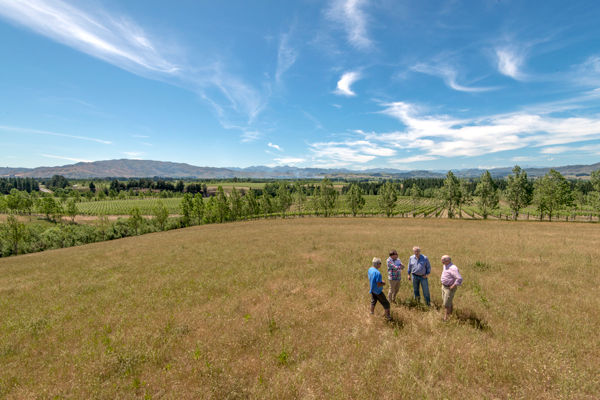 Mt. Beautiful Founder David Teece is the quintessential Kiwi: curious, adventuresome and utterly devoted to his home country. His family arrived in New Zealand in the 1860s from Shropshire, England, eager to seize fresh opportunities in a country undergoing a massive gold rush. They landed in Lower Moutere, an area known for hops, sheep and dairy at the time, but which has since become regarded as an excellent region for viticulture.

Being raised by generations of farmers shaped David's work ethic, resourcefulness and business acumen from an early age; being a New Zealand boy through and through instilled in him a deep love of the outdoors, along with the desire to experience everything this rugged, expansive landscape offered. “It’s almost impossible not to be outdoorsy when you are in New Zealand,” David declares, recalling times spent boating, fishing, hiking and the occasional hair-raising river crossing by what he describes as “hanging on for grim death” to a set of wires.

That rough-and-tumble New Zealand boy grew up to be one of the world's most highly cited scholars in business and economics. In addition to founding Mt. Beautiful Wines and Teece Family Vineyards and Farms, David J. Teece is the Tusher Professor in Global Business at the University of California, Berkeley’s Haas School of Business. He is also the director of Tusher Center for Intellectual Capital. David has authored over 30 books and 200 scholarly papers, and he is co-editor of the Palgrave Encyclopedia of Strategic Management.

The seeds for his successes were planted on his family farm, where he observed the entrepreneurial process first-hand. His father identified a need for reliable transportation from outlying farms to the marketplaces in the cities, and launched a trucking company that would do just that.

But his father's eye for opportunity didn't stop with heavy machinery. The empty quarter-acre plot next to their Blenheim home begged to be made into a profit center. David's father provided the seeds, David and his brother Bruce provided the labor—and a small family farm was born, with the profits split three ways. This farming venture led to David saving a tidy sum early on, whetting his natural instincts for economics. “I remember I took a chunk of my savings and went into the utility and asked to buy bonds—and I could hardly see over the counter! The teller asked me, ‘Did your parents say it was ok?’ But they sold me a bond!”

David's natural curiosity and ability to recognize options and opportunities also made him an excellent student. His love of a course called Economic Geography sparked his interest in both economics and geology. But, he says, “I have to give accidental credit to my brother who was studying a Leland Bach book on economics and left it open on the dining table when I was 16. I picked up his book to start reading and said to myself, ‘this is jolly good stuff.’” The incident ignited a passion for the study of Economics, which he majored in along with Geology at the University of Canterbury.

David would eventually have the opportunity to meet Bach, who became his mentor. The rest, as they say, is history, and David is now recognized by Accenture as one of the world's Top 50 Business Intellectuals.

But for a kid raised in the stunning natural landscape of New Zealand, a call to the land is, for David, "visceral." This love of nature, combined with his fervent belief that New Zealand makes some of the most captivating products in the world, evolved in David's mind as an opportunity to start a winery unlike any New Zealand had ever seen.

But where? As an Economist, David jokes that if something hasn't already been done, then it's likely not worth doing—and he wondered if for New Zealand, “the vineyard game was over.” Fortunately, David's friend Ron Sutherland was a geologist and vineyard consultant, and he had, quite literally, walked almost every inch of the northern part of the South Island.

David only wanted to plant in a place that offered something he couldn't find anywhere else and where no one had tried viticulture before. He and Ron started exploring, and about two years later, Ron called and said the fateful words, "I think I found something."

The general area was familiar to David, who had driven, biked and walked there during his University days in nearby Christchurch. “I was initially skeptical,” he recalls. “I remembered it as rather hardscrabble and hardly meritorious from a landscape perspective." But when Ron discovered 23 different soil types in this small area, plus an array of microclimates that could be utilized for very specific clones, the tables turned.

There were a lot of unknowns, but Ron felt strongly that this place had vineyard potential unlike any other. David weighed the idea. “The nearest weather station was three or four miles away and that’s inaccurate because of microclimates all over the vineyard. We didn’t have a good way of recording risk of frost or heat days, so we made rough approximations. But at some point, you have to decide are you going to collect information or put a stake in the ground first and take the risk?” The final answer was, take the risk.

The result is one of the most compelling winery stories to come out of New Zealand in the past twenty years. An internationally recognized scholar with a profound love of his heritage has applied the lessons he learned throughout a life of farming, study and achievement to build a winery destined to serve as New Zealand's most elegant ambassador to the world. He has poured every bit of his heart, soul and business savvy into Mt. Beautiful, attracting the best people, relying on only proven sustainable practices and crafting sublime New Zealand wines. David J. Teece is the Thomas W. Tusher Professor in Global Business at the University of California, Berkeley’s Haas School of Business. He is also the director of the Center for Global Strategy and Governance and faculty director of the school’s Institute for Business Innovation. He has authored over 30 books and 200 scholarly papers, and has been cited more than 100,000 times, per Google Scholar. He is co-editor of the Palgrave Encyclopedia of Strategic Management. Dr. Teece has received seven honorary doctorates and has been recognized by Royal Honors.

Dr. Teece pioneered the dynamic capabilities perspective, defined as “the ability to integrate, build, and reconfigure internal and external competencies to address rapidly changing environments.” According to Science Watch (November/December 2005), his paper (with Gary Pisano and Amy Shuen) “Dynamic Capabilities and Strategic Management” was the most cited paper in economics and business globally for the period from 1995 to 2005.

A native of New Zealand, Dr. Teece co-founded Berkeley Research Group, an expert services and consulting firm of economists and other professionals with expertise in domains ranging from higher education to corporate finance. Founded in 2010, BRG had 26 offices and more than 800 employees as of June 2014. Dr. Teece also founded, and then acted as vice-chairman of, Law and Economics Consulting Group (LECG), a now-dissolved business that provided expert advice and testimony to companies and countries in need of independent economic analysis and review.

Other honors Dr. Teece has received include:

Dr. Teece has over 30 years of experience as an active consultant performing economic, business, and financial consulting services to businesses and governments around the world. He has worked on matters in industries ranging from music recording to DRAMS, software, lumber, and petroleum, and has testified in both federal and state court, before Congress, and before the Federal Trade Commission, as well as in several international jurisdictions.

Dr. Teece is the co-editor of Industrial & Corporate Change (Oxford University Press). In addition, Dr. Teece is among the “A-List of Management Academics 2011,” an honorary group of 30 accomplished and distinguished U.S. business professors.

His other significant entrepreneurial ventures aside from Mt. Beautiful Winery, Vineyards and Farms include Vomo Island Resort in the Fiji Islands and numerous student housing projects in the Berkeley, California, community.

Below is an excerpt of one of the original letters that served as inspiration.

The handwriting on our label is that of Allan Teece, long deceased father of owner David Teece. When Allan served with the New Zealand Expeditionary Force in North Africa, Palestine and Italy from 1940 to 1945 he wrote letters home to his family. The letters he wrote home became the visual inspiration for the design of the Mt. Beautiful label. The label is composed from different fragments of his writing.

David's father Allan was an inspiration to his family, and proof that the pioneer spirit runs in the family. After finishing school at Nelson Boys High, the 18-year-old started his own trucking company. Teece Transport pioneered the first regular freight service through the perilous Buller Gorge between Nelson and the West Coast of New Zealand’s South Island. Allan married Hazel Perry and in 1938 co-founded Transport Nelson Limited (TNL) with P.S. Boyes.

At the time of his premature death in 1972, Allan Teece was a director of Transport Nelson Limited and an active member of the RSA, and a keen horticulturist and fisherman.

In addition to producing world-class wines, Mt. Beautiful consists of three farms. Products produced on our farms include wool targeted for Smartwool, grass-fed beef for the Japanese market and high country lamb for export to America and Europe. 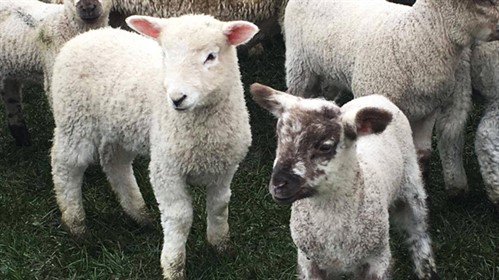 Located in Spotswood outside of Cheviot, Teece Family Farm (560 hectares, 1,384 acres) is a beef and sheep finishing farm that surrounds our vineyards. 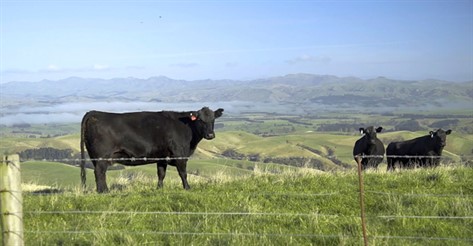 Our Caverhill Farm (960 hectares, 2,300 acres) is located in Caverhill and serves as a beef and sheep breeding property. What's unique about this farm is that our namesake, Mt. Beautiful, is located on the property. From the summit breathtaking views ranging as far north as the Kaikoura Mountain range and as far south as Bates Peninsula can be enjoyed. On a good day you can even see a whale out at sea. This property will eventually be used as a gateway to a variety of tourism opportunities such as jet boating on the Waiau River, quad biking and fishing to name a few. 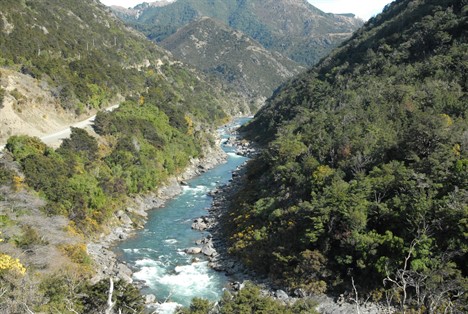 Esk Head is our high mountain station (15,000 hectares, 36,000 acres) located about a two hours' drive from our vineyard in Howarden. This property serves as a breeding property for cattle. 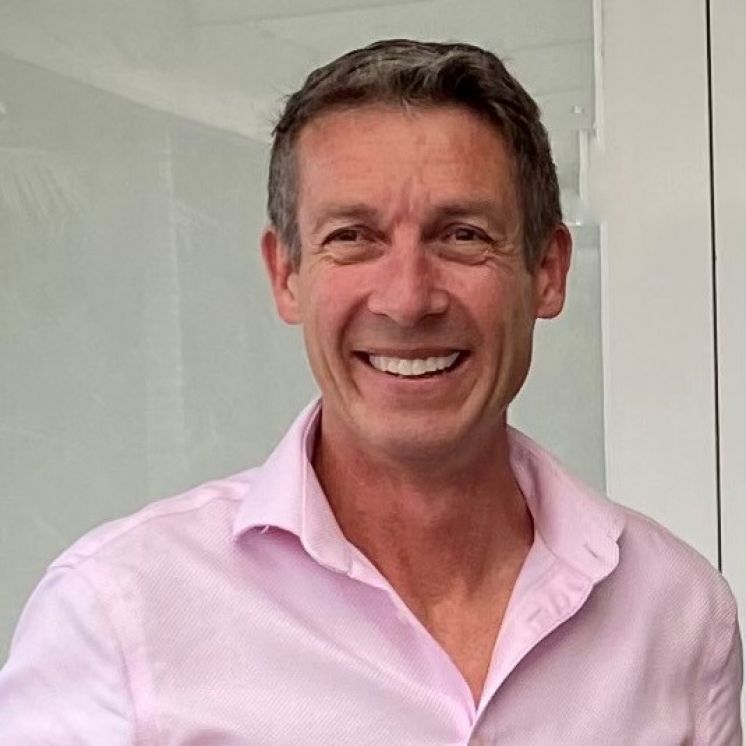